What Is IBU in Beer? (International Bitterness Units) 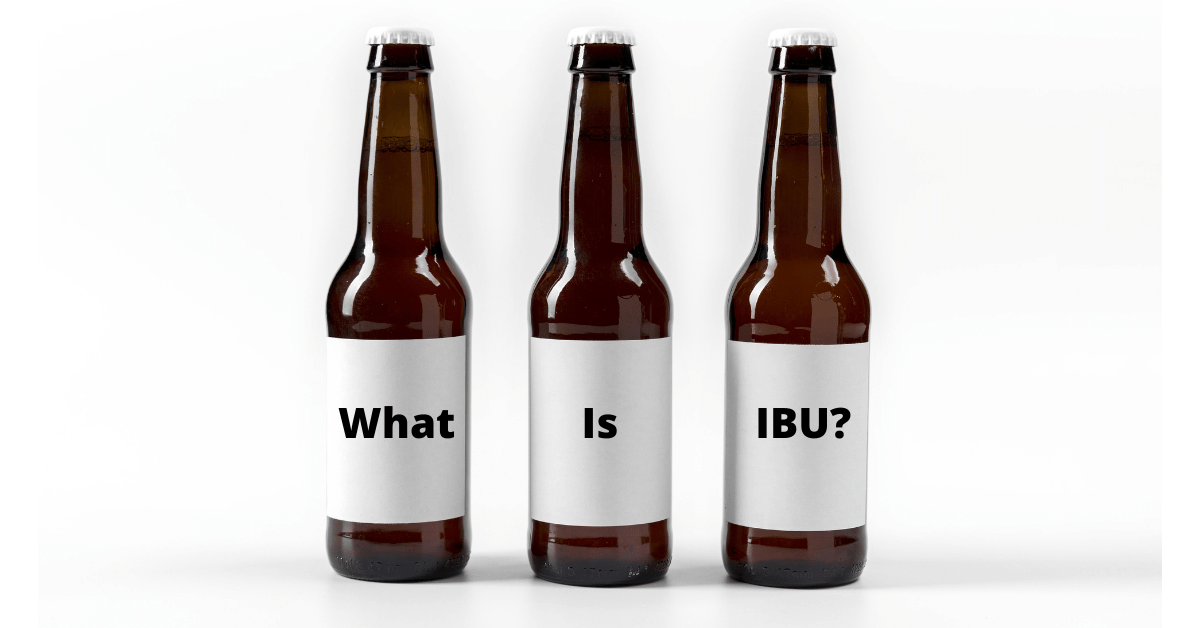 Imagine if someone measured how bitter you were after getting picked last in adult kickball. The measurement would be embarrassingly high, right? Well, good thing you’re a human being because IBU measures bitterness, but only in beer.

Specifically, IBU is the International Bittering Units scale. IBU and ABV (Alcohol By Volume) are the most common measurements of a beer’s contents used by the beer industry to describe their products.

The funny thing is that even many avid beer drinkers can’t explain the significance of a beer’s IBU. Is a high IBU count indicative of a quality imperial IPA? How about an imperial stout? Or amber ales? What number of IBUs should convince you to pour all the beers down your gullet? (For me, any number will do.)

So all bitterness aside, let me brew up a tall, cold glass of truth about why the bitterness of a beer is measured, how it began, how it’s used in the brewing process to complete finished beer, and how to understand the typical IBU range and their differences among various beer styles.

Why Do We Even Need to Know a Beer’s Bitterness?

When discussing the term IBU, what we’re really talking about is what exactly makes beer attain the flavor of beer. The bitterness of the beer creates a balance among all the ingredients, so IBU levels function as a kind of quality control tool.

Malt produces varieties of sweetness. Hop bitterness is the yin to malt’s sweet yang to complete that taste for which beer lovers yearn. Brewers pay attention to hop utilization to balance that flavor so your taste buds can dance in delight at every sip.

Unlike the experience of attending your best friend’s wedding while single, bringing bitterness to balance things out is a good thing people want.

That being said, breweries use a chemical process to make beer. Understanding the general science behind each step of the process enables brewers to accurately yield the results they want.

What Exactly Makes Beer Bitter and How Do You Calculate That?

What aspects of the beer are tested and calculated to use the bitterness level in beer as a unit of measurement?

One particular chemical compound gives beer bitterness. Isohumulone is the acid found in hops, so IBU measures the parts per million of Isohumulone. If you want to get really specific, isomerized and oxidized alpha acids and polyphenols make up the bitter compounds in a brew. (Try saying that 5 times after a few cold ones!)

That doesn’t mean that these chemicals are the only reason bitter beers taste this way. Brewers use other processes and ingredients to bitter up a type of beer. Certain spices, herbs, or black malts might be the reason your face puckered up after that last sip.

I have to note that bitterness is not the same as hoppiness. Not happiness, mind you, though for many they’re one and the same. I’m talking about hop additions to beer production.

When hops are added early in the process, the end result can taste bitter. But added later, the finished product will taste and smelly hoppy. Therefore, even with a lower IBU, you’re getting that bitter hop flavor in the beer.

While it’s not an exact science, a brewer checks the alpha acid content of the hops used and makes an educated guess. The volume of hops and the conversion rate of the alpha acids in the kettle is then calculated.

There are a few other ways that the world of craft beer uses to check IBUs as well, which we’ll get to later when talking the IBU “origin story.”

So Are There “Good” IBU Counts?

The range of the IBU scale starts at zero and pretty much to infinity, but most beers stay within the 0 to 100 range. The human palate can only really detect up to about 110 measured IBU anyway. Achieving a higher IBU than that would make no difference to the drinking experience.

Even so, our perception of bitterness is all about the balance of ingredients and the fermentation process of the beer. So high IBUs may indicate that the beer tastes a certain way, but this doesn’t take into account the aforementioned balancing act.

For example, a Double IPA typically has higher alcohol content and is on the bitter side. To get a higher IBU, it needs to complement well with sweetness to achieve this lovely recipe.

It’s also worth noting that the sensory bitterness of beer isn’t for everyone. Beers that test high on the International Bitterness Units scale might taste absolutely disgusting to one and delicious to the next. So there’s a practical reason this code displays on bottles for the consumer to see. It gives them an idea of whether they’ll like it before buying it.

Still, it’s good to be adventurous! A beer with high IBU doesn’t necessarily mean it’ll be too bitter for your particular tastes. But once you discover what you like in a particular kind of beer, you’ll know what to keep buying or find inspiration in a new libation to enjoy next.

The Heroic Origin Story of the IBU Rating

Beginning in the early 20th century, the degree of bitterness became possible to test during the brewing process. At first, the methods used were either inaccurate, would take too long, or both.

For example, in 1955 chloroform was used to extract the bitter substance. Then the dried extract would be weighed. This turned out to be an ineffective method because it didn’t take into account other substances that needed to be extracted.

To improve accuracy, this method was developed by taking the iso-octane extract of the acidified beer and washing it with acidified methanol. This removed impurities, calculating results as iso-humulones using ultraviolet light and becoming the industry standard. There was still room for improvement, however, since this process needed to be faster to be the most useful for brewers.

Another method came along using a higher ultraviolet wavelength to skip the washing process, but then there were two competing methods to measure bittering compounds.

In 1964, the American Society of Brewing Chemists (ASBC) tested the accuracy of each method to make the determination for which would become the industry standard. While both pretty accurate, the Rigby and Bethune method of washing the iso-octane extract and using ultraviolet light won out. The organization announced that this method would now be called International Bitterness Units.

The popular Sierra Nevada brewery uses this method today, calling it the Spectrophotometric method. A tool called a spectrophotometer is used to read how much light is absorbed in the beer sample while the ultraviolet light shines through it. However, it’s common that other breweries use different ways to measure IBU.

Kudos to you for reading all that scientific mumbo jumbo, but I assume you’re drinking a cold and bitter tall one while reading this anyway, so you should be fine.

What are the Bitterness Measurements of Different Kinds of Beers?

The Voodoo Ranger IPA version has a score of 50, which is no surprise as IPAs are famously more bitter than other kinds of beer. Then the number jumps up to 70 for the Voodoo Ranger Imperial IPA.

While these numbers vary, the IBU scale is pretty consistent among certain kinds of beer.

To The Bitter End

IBUs are not so much a marketing ploy than quality control to craft a consistent brew. But IBUs ultimately should not be used as a quality market by the consumer. Since so much relies on balancing out hoppiness and its other ingredients, a low IBU could mean a beer too bitter for your tastes depending on how it’s made.

Given how unpredictable relying on IBU can be, I hope you find it freeing to just keep trying different kinds of beers until you find your favorite, like Goldilocks finding that perfect bed in that children’s home invasion story.