Is Mead Beer or Wine: What Is the Difference? 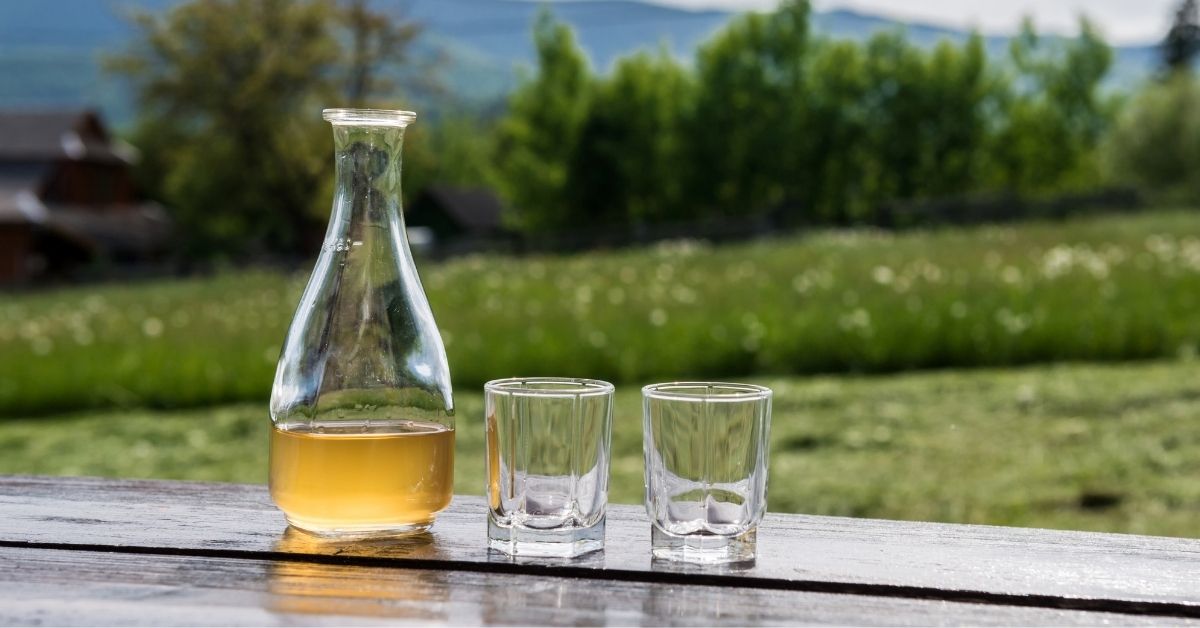 Maybe this happened to you – you meet for some mead for some much-needed me-time. You take a taste, perhaps out of some unconventional jug or Viking horn, and wonder…

Is mead beer? Is it wine? A cider perhaps?

As someone who has enjoyed ALL the wines and ALL the beers and SOME cider, I can tell you that mead is technically none of the above.

It’s a honey wine, honey. Traditional mead, sweet mead, or any types of mead sits in its own category and deserves it, especially given the rich history of mead brewing.

So let’s take a trip together back to Medieval Times, and I’m not talking about the themed restaurant. Even though that’s a great place. Great, now I want to eat a giant rib while cheering for an actor dressed as a knight having a choreographed sword fight.

What Is Honey Wine?

According to the American Mead Makers Association, honey wine is a raw honey and water mixture that undergoes a fermentation process with yeast.

The brewing process can also include other ingredients such as spices, hops, grains, and fruits. These different ingredients can produce a variety of meads, each batch of mead providing its own unique flavors.

Still, to officially be considered mead, the amount of honey must be the largest percentage of fermentable sugars by weight.

Okay But Tell Me What It Tastes Like Already!

Fine, sorry. The wide range of flavors in good mead can produce such different flavors it could easily fill a whole tasting room.

Depending on the fruit juices used, the right type of yeast, different types of honey, and several factors, a glass of mead could vary wildly from another.

Great mead can come in the form of dry, sweet, light, thick, still, or sparkling. It can taste like white wine or a hard cider and have the consistency of the Indian Pale Ale style of beer. If it uses certain kinds of wine grapes during fermentation, then that will be reflected in the overall flavor of the mead.

If you find yourself at your local meadery eager to try a craft mead for the first time, pick a fruit or spice you know you like. For example, if you love maple syrup, then one brewed with maple syrup will be a good entry point to discover if you’ll like other flavors.

Where Did Mead Come From?

Now that we’re in modern times, mead is a craft beverage considered to be a kind of specialty beer. But to the ancient Greeks, it was the “drink of the gods” enjoyed in a mead hall or wherever mead was sold.

The history of mead actually goes back even further than that, known as the oldest fermented beverage. Dating all the way back to 6,500 to 7,000 B.C., Northern China’s Henan province was the first to discover it. Chemical signatures of pottery from that time period found traces of honey, fruit, and yeast cells, the evidence of fermentation.

Theories abound of how it was discovered, including one that posits rain dropped into a pot of honey. Some even claim that this discovery predates the cultivation of soil! Given my experience with human beings, it actually adds up that the oldest alcoholic beverage would come before farming for vegetables.

From China, mead spread across the world to Greece, Rome, and was enjoyed by the Russians and Vikings. Europe were enjoying this popular drink around 2,800 to 1,800 B.C. Greeks viewed honey bees as sacred messengers, so, therefore, referred to mead as “nectar of the gods.”

It’s no wonder ancient cultures embraced mead the world over. The invention of the wheel and fire were all important. So were the dawn of alcoholic drinks!

Know the term “honeymoon?” Mead played a part in this term being coined. Apparently, this honey wine was given to newlyweds. A “moon” back then meant a month later, so the couple drank mead to enhance fertility. While even the best meads don’t exactly have health benefits, it’s nice that they can at least provide superstition.

Mead only fell out of favor in the 1700s, when there was a tax law that decreased the amount of honey available. Mead didn’t start making a comeback until the 1960s in California.

What About Today? Does Anyone Actually Drink Mead Now?

What makes simple mead an appealing drink today in the United States is its storied history.

The average person knows as much that mead goes back a millennium or two based on references in Shakespeare, epic poems like “Beowulf,” the Bible, and perhaps most significantly, “Game of Thrones!”

How Can I Get Some Mead Down My Gullet?

The number of meaderies is steadily rising. Now you can try all the mead you like without the need to visit a renaissance fair. (Though, I’m seriously going to hit up Medieval Times soon… a perk of living in L.A.)

Be careful though, because mead can vary quite wildly in alcohol percent ABV compared to beer. Beer has an average alcohol content of 7%. Wine has typically around 13%. Mead ranges from 6 to 20%! Party time.

Word from the wise – not a good idea to do a keg stand with this liquid gold, or even with beer if you’re over the age of 22.

How Much Does Mead Cost?

As far as cost goes, mead does compare to beer on the current market. While high-end wines can cost upwards of hundreds or even thousands of dollars, a good mead will run you about $20 to $30.

How Is Mead Made? (Say That Five Times Fast)

Even today, mead is produced much like it had been back in the 10th century. Honey and water are combined alone with spices decided upon by the brewer.

After the honey is diluted, the mixture is known as “must.” The fruit is added to then begin fermenting with the yeast. The “must” serves as an antibacterial to prevent the mixture from spoiling.

The type of yeast, how much honey is diluted and other factors contribute to the resulting flavor and a lower or higher alcohol content.

Another difference from beer brewing is the amount of time mead takes to age. While beer typically takes one to two months to age, mead has more of a timeline like grape wine, which is about two to three years.

While the cost of mead depends on the cost of honey, it is as economical as beer. Fine wines have sulfites which can give people a headache. Meanwhile, mead and craft beer use organic ingredients, so your body can process it more naturally.

The business of making a niche alcoholic beverage can get tricky, however. Beer and wine are big business, and therefore have greater influence over lobbying for laws that benefit their production. Only in recent years are meaderies starting to catch on and work the magic that is profits!

Closing Time at the Mead Hall

Thank you for joining me for this meading of the minds. Mead isn’t wine, and it isn’t beer. It’s the O.G. original cold one.

So homebrewers, I hope this got you inspired enough to try it out, and if you do, please feel free to invite me to a tasting.